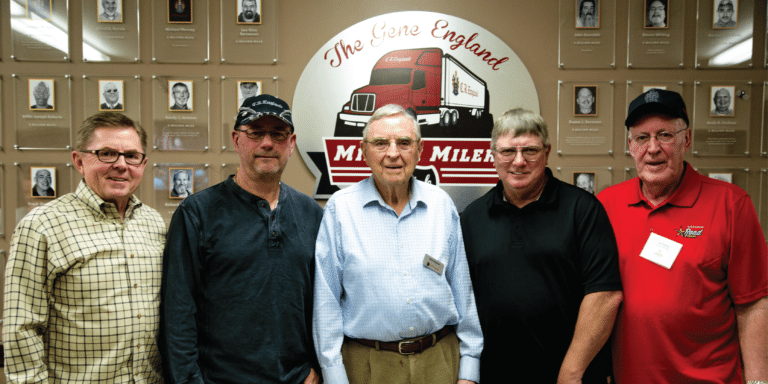 C.R. England, one of the nation’s leaders in transportation solutions, has added three new drivers to the Gene England Million Miler Club, an honor which recognizes drivers who have achieved a million or more safe driving miles. These honorees have a combined total of over six million miles without an accident.

“We’re honored to recognize these C.R. England drivers,” said Dan England, chairman of the board. “They do their job with a professionalism that makes us proud to have them on the C.R. England team and with safety records that attest to their outstanding driving abilities. The Million Milers are a great asset to our company and are truly the best of the best.”

Founded in 1920, C.R. England, Inc. is headquartered in Salt Lake City, UT, and is one of North America’s largest Dedicated transportation companies. C.R. England services include National, Mexico, and Intermodal.

C.R. England has also been regularly recognized for management excellence, including the 2020 Glassdoor Top Places to Work, the Achievers 50 Most Engaged Workplaces™ Award as well as a 2021 US Best Managed Company by Deloitte Private and The Wall Street Journal. For more information visit www.crengland.com.